FUNNY
adj. fun·ni·er, fun·ni·est
1.
a. Causing laughter or amusement.
b. Intended or designed to amuse.
2. Strangely or suspiciously odd; curious.
3. Tricky or deceitful.
n. pl. fun·nies Informal
1. A joke; a witticism.
2. funnies
a. Comic strips.
b. The section of a newspaper containing comic strips.

Bubbli got caugt on date
on Independance day
Major Rohail-
What is this?
Bubbli-
Dad today is freedom day,
so let me do what I want

Once an old man was waiting for a train, sitting on a bench.
A young boy came to him and asked the time.
Old man refused to tell the time.
Boy insisted again & again but old man denied again & again.
Boy asked the reason?
Old man said if i tell you the time,
then you will ask about me,my name,job etc.
Then i will ask about you,both of us will be frank.
By chance you may get the seat with me.
Then you may get down at my station.
My daughter will come to receive me.
She will meet you. She is beautiful.
You may fall in love with her,she too.
Then she may insist to marry u, even may threaten me.
And i am sorry that
I dont want such a poor son in law
who hasn’t his own watch to see the time. ;-) :)

Breaking News
ATM @ Gulshan-e-Iqbal Is Jammed &
Not In Working Condition
Because
Santa’s Wife Put Hair pin In Machine
When It Said”, Enter Ur PIN” ;)

A young girl after her honeymoon
came fully exhausted and tired,
When her friends asked her what happened?
She replied :
When this 70 year old bastard told me
he has saved a lot from last 50 years,
“I thought It was MONEY” 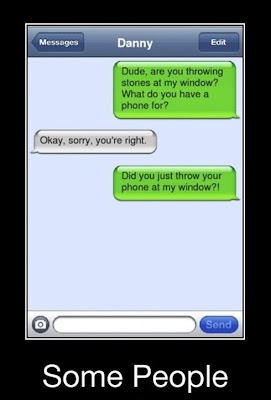 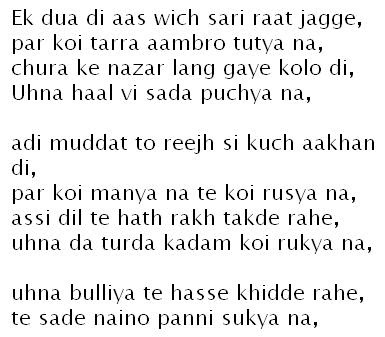 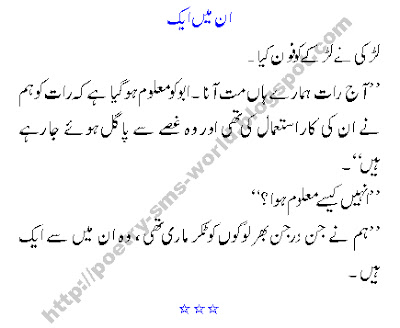